Catherine completed her Ph.D. in English, with a specialization in Language, Literacy and Rhetoric, at the University of Illinois, Chicago, in 1992. She wrote her doctoral dissertation on the writings and rhetoric of Samuel Johnson, poet, essayist, moralist, and compiler of the first complete English Dictionary. She began teaching freshman composition at her undergraduate alma mater, St. Xavier University, Chicago, after completing a Master’s Degree in Literature at the University of Chicago in 1980.

After a twenty-year career at St. Xavier teaching writing, eighteenth-century British literature, and directing the writing program, she resigned and began to pursue her goal of writing a novel based upon an idea that evolved from her doctoral work and teachings. Between 1750 and 1752, Samuel Johnson published a series of essays called The Rambler on all kinds of subjects—character studies, allegories, criticism. Their object was to instruct the reader in wisdom or piety. In two of those essays, known as the Misella essays, Johnson takes on the persona of a prostitute, Misella, and tells her story of poverty, seduction, betrayal, and descent into prostitution. At this time, prostitution in London was rampant. Poor women, unmarried women, women who gave birth out of wedlock had very little means of survival, so many were forced into prostitution. And, of course, were blamed for the state they were in.

Samuel Johnson, born poor himself, had great compassion for the downtrodden and for the plight of prostitutes. That he “loaned” his pen to one to tell her compelling story is remarkable since most men at that time cared little about these women whom they so willingly used and abused. Misella’s story intrigued Catherine from the first time she read it, so she always included those two short essays when she taught 18th century literature. Students found them compelling as well. Misella’s voice and honesty seemed to evoke sympathy and understanding.

Then one day when a class was discussing the essays, an older returning student, a single mother with four children, spoke up and said, “That’s not a woman’s voice. She doesn’t sound like any of the poor women I know.” While the student couldn’t articulate exactly why she felt that way, Catherine began to look at those essays differently, as more than just an academic exercise to help students understand the time period and the social ills of prostitution. She began to see that she was presenting the essay’s as Johnson had intended, as a moral argument against prostitution, but perhaps that perceptive student was right — Misella’s voice, her confession, didn’t ring true as a believable rendering of how it felt to this young girl to find herself trapped no matter where she turned. Catherine decided to retell Misella’s story in a woman’s voice, to build upon the skeleton Johnson provided, and to try and create a character who speaks to women in today’s world.

While she has published an essay in an academic journal, Rhetoric Society Quarterly (1994), and contributed material, with two other colleagues, for a textbook, Research Writing in the Information Age (1999), The Trial of Misella Cross is her first work of fiction. 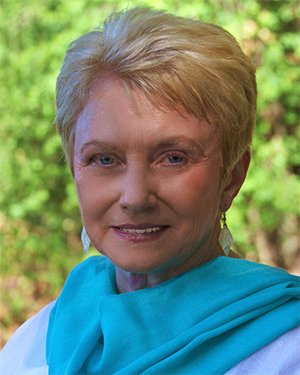